1 Reid Street: Known as the John F. Riley House (also known as 601 East Bay Street), this house was believed to be 147 years old in 1961. When the City Engineer’s office discovered that the demolition permit was issued without full knowledge about the building’s age or its location, demolition was halted in April, 1961. (News & Courier, 8/4/1961.) Presumably, the demolition was completed shortly thereafter. 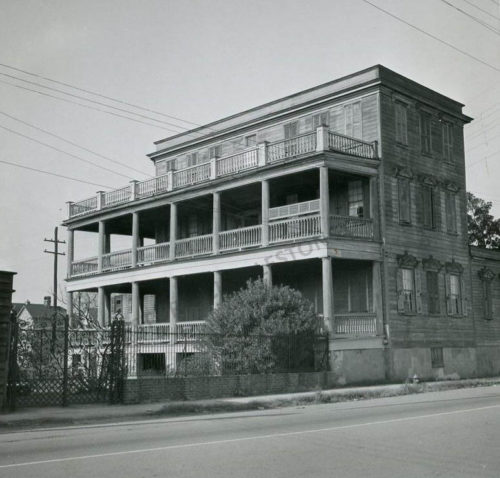