April’s NTB stumped everyone, even those who had responded in April 2018, including the winner, when the same photo was featured. No, rerunning the same photo one year later wasn’t an intentional April Fool’s joke (or déjà vu), just an honest mistake. The answer 102 Beaufain Street: There isn’t much information about this house available in HCF’s archives but what is known is that the building was demolished in 1965 and two townhouses were constructed on the site c. 1975. This photograph, along with 7 others showing its architectural details, was taken by Historic Charleston Foundation in 1964. The photographs of 102 Beaufain can be seen on our Online Catalog. 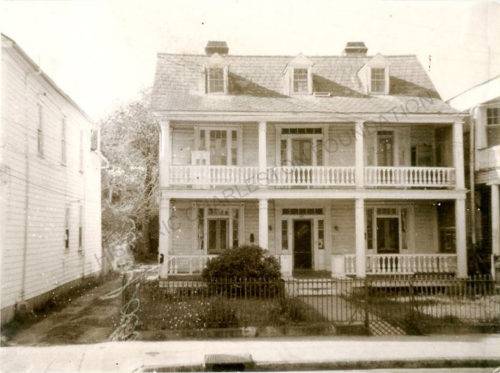