Houses on the Move 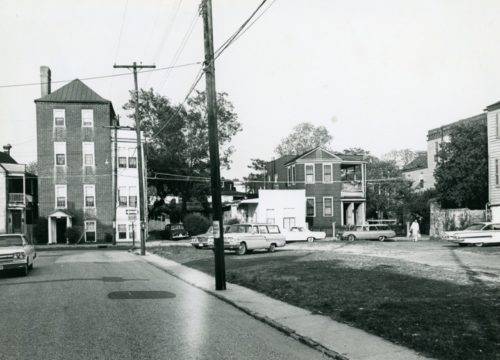 Original location of 82 Anson Street at the end of George Street.

In 1964, the city of Charleston voted to build a new municipal auditorium on Calhoun Street now called the Gaillard Center. The site chosen was bordered by Calhoun, Anson, Alexander, and George streets.  The problem was that 86 Anson Street literally stood in the way of plans for a George Street extension to Meeting Street. Despite this roadblock (pun intended), the city voted in favor of the new auditorium and construction began with demolition of a three-block area of housing that was most badly dilapidated.  Three houses in the area were deemed historically significant and had enough structural integrity to warrant rescue.  These houses were uprooted and moved to new locations: 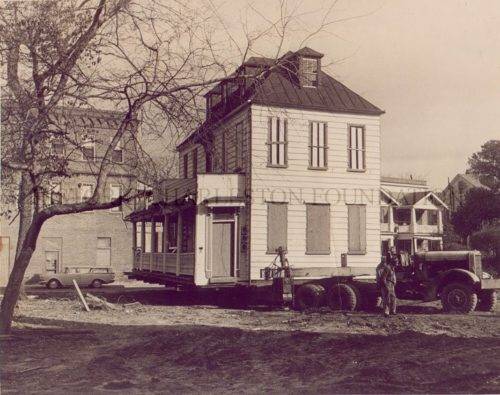 74 Anson Street being moved by tractor. 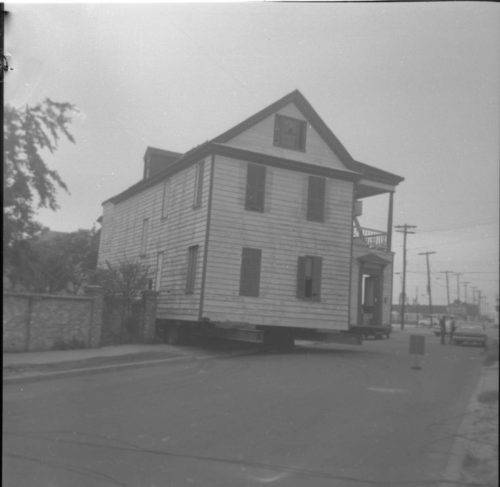