HCF Legal Challenge Forces Project Back to the BAR

HCF’s legal challenge to the development proposed for 295 Calhoun Street has concluded successfully, protecting the authority of the BAR, the integrity of the BAR review process and the public’s ability to weigh in on this huge controversial project. The development team must now submit an entirely new design to the Board of Architectural Review (BAR). 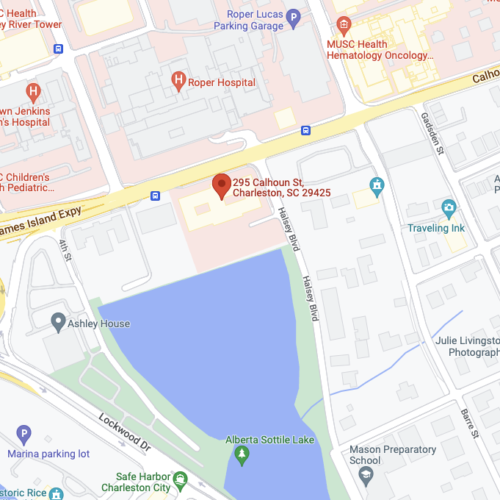 The BAR twice denied the developer’s plans to build a massive, eight-story residential building at 295 Calhoun Street. HCF had consistently advocated to the BAR for denial of this project, citing specific concerns with its height, scale, mass and architectural direction. The proposal was also met with outspoken opposition from Harleston Village neighbors, the Preservation Society and the community-at-large.

Rather than actually responding to the chorus of commentary for  a completely new design approach, the developer appealed the BAR’s decision in Circuit Court and requested pre-litigation mediation. Mediation is a confidential, closed-door process and removes the public’s ability to  provide input. SC state law provides that outside entities may intervene in the mediation, if they have a “substantial interest” in the decision of the BAR. Thus, last fall, HCF filed a motion seeking to join the mediation between the developer of 295 Calhoun and the City of Charleston and BAR.

Due to the pending litigation and lengthy judicial process, the developer has decided to cut their losses and dismissed their appeal.  As a result of HCF’s legal challenge and the city properly supporting the BAR, the development proposal for this important site has been moved out of closed-door mediation and back into the light, where the public can review any future designs and provide meaningful input. HCF remains committed to working with the 295 Calhoun  development team, BAR staff, and the neighborhood to find an appropriate design  that is contextual, more compatibly scaled, and meets Charleston’s high standard for architecture. 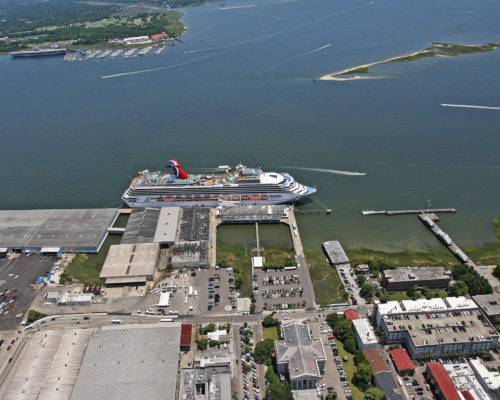 In May, the South Carolina State Ports Authority (SPA) announced its decision not to renew the current home port agreement with Carnival Cruise Lines, effectively ending the litigation over the impact of the new cruise terminal on the peninsula. HCF applauds the SPA for this decision not to renew the contract, as a strategic focus on port-of-call cruise business is critical to our community’s efforts to increase their economic benefit to the city, mitigate their negative impacts, and promote a better  redevelopment vision for Union Pier.

Concerned by the effects cruise operations have on the peninsula and quality of life for residents, HCF and a number of advocacy and neighborhood organizations filed litigation in 2013 challenging the permit for the SPA’s construction of an expanded cruise terminal at Union Pier. Though the SPA had protested the lawsuit, the SC Supreme Court granted legal standing to our groups in August 2020 and allowed it to proceed.

When the SPA decided not to renew the contract with Carnival and no longer pursue a new, expanded cruise ship terminal, they withdrew their permit application. Since that permit was the subject of the lawsuit, the case was effectively rendered moot, and all parties jointly requested that the judge dismiss the case, which was granted by Judge Ralph Anderson on June 22, 2022.

HCF is not opposed to cruise ships. However, legitimate concerns have been raised over the impacts to our historic and environmental resources and to residential quality of life, particularly in the Ansonborough neighborhood. There are many details and questions to be explored regarding the future of cruise operations and the redevelopment of Union Pier. We look forward to working with the SPA, the City of Charleston, and other stakeholders to find the appropriate balance for cruise ship activity, while redeveloping Union Pier into a vibrant new peninsula neighborhood.