Learning To Build A Better Future

From the Collection: Canton Porcelain

American merchant ships began a direct line of trade to China shortly after the Revolutionary War and, by the end of the eighteenth century, had made the United States second only to England as importers of Asian goods. This was an impressive feat considering that, in those days, just getting to China was a highly speculative and dangerous enterprise. Trade vessels leaving American ports on average took two years to return (if they returned at all). Ultimately, of course, the risks taken to acquire luxuries from the furthest reaches of the world only fueled the desire for them. Demand for such exotic wares as lacquered furniture, tea, silk, and, of course, porcelain, reached a fevered pitch, and Nathaniel Russell was more than happy to oblige his Charleston clientele. 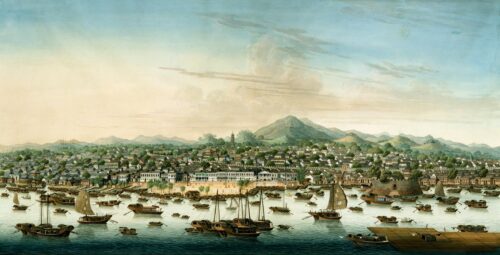 One of Russell’s merchant ships, appropriately named Russell, was the only documented eighteenth-century vessel known to have engaged in the China trade directly from Charleston. Setting sail in the spring of 1796, Russell’s Captain, William Wood, eventually steered the ship into the port of Canton some seven months later. There, he sought the services of Canton’s leading porcelain merchant, Syngchong, from whom he purchased over ten thousand pieces of “Nankeen blue.” Wood and the Russell returned to Charleston a little over one year later, this time with a hold packed full of porcelain of varying shapes, sizes, colors, and patterns. Nathaniel Russell secured an announcement in the South Carolina Gazette stating that his vessel had made port in Charleston carrying a payload “direct from Canton China” that included 37,000 pounds of ceramics for the Carolina market. 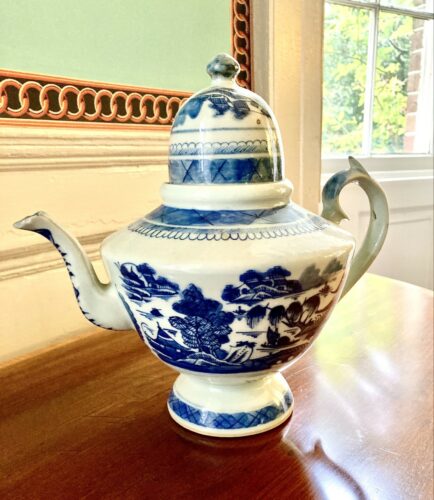 It is hard to quantify just how many tons of Chinese goods were brought to Charleston from the 1790s to the 1860s. As for porcelain, one need to look no further than various museum galleries or private homes to rediscover some striking assortments, most with a substantial local provenance. Archaeologically, blue and white Canton porcelain is ubiquitous. Excavations, including those at the Nathaniel Russell House and Aiken-Rhett House, almost always recover handfuls of shards still glazed with its unmistakable style. 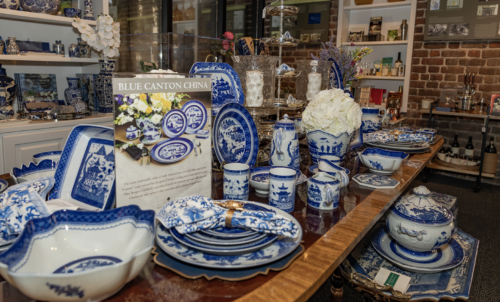 One response to “From the Collection: Canton Porcelain”