FLIGHT by Mary Edna Fraser at the Aiken-Rhett House Museum

Now open at the preserved-as-found Aiken-Rhett House Museum, master dyer and environmental artist, Mary Edna Fraser, presents a visual arts exhibit, FLIGHT. The exhibit, on display through November 27, is comprised of nine groupings of oil paintings to tell stories of the FLIGHT of enslaved men and women and to honor their stories. Poems by Marjory Wentworth, former Poet Laureate of SC, and J. Drew Lanham are on display in the historic house’s most poignant and powerful spaces. Silks drape through rooms suggesting the spirits of the lost and finally, batiks on silk and oils will add a visual narrative to the poetry.

Half of all profit from art sales will go to the Charleston based Center for Heirs Property – Preserving Family Land. Their legal and forestry work has started an economic and land conservation movement that creates intergenerational wealth among historically underserved landowners.

What is a Batik?

A batik is an ancient dye-resist process in which removable wax is applied to fabric; creating areas that will resist dyes while the unwaxed areas will absorb dyes. An interactive touch board will be available in the exhibit space to allow guests to feel dyed silk as the oils on your hands would destroy the original batiks on exhibit.

FLIGHT is installed as a temporary, visual arts exhibition at the historic Aiken-Rhett House Museum at 48 Elizabeth Street in downtown Charleston. This 1820s mansion is a unique and one-of-a-kind setting for a visual arts exhibition because the powerful stories of the men and women, enslaved and enslaver, who lived and worked on the property and the restoration style that the Foundation has chosen.

The House Museum is “preserved-as-found” rather than “restored”. What does that mean?

When the Foundation assumed ownership in 1995, we adopted a preserved-as-found preservation approach, meaning the structure and contents are left in an “as-found” state, including furniture, architecture and finishes that have not been altered since the mid 19th century. While many dependency buildings in Charleston have been demolished or adapted, the Aiken-Rhett Enslaved Quarters – with their original paint, floors and fixtures – survive virtually untouched since the 1850s, allowing visitors the unique chance to better comprehend the every-day realities of the enslaved men and women who lived at the property.

Preserved-as-found means that the Aiken-Rhett House Museum is frozen in time, in a remarkable example of life and architecture of the early nineteenth century. The almost, blank slate, is a beautiful juxtaposition for the delicate, art of Mary Edna Fraser. 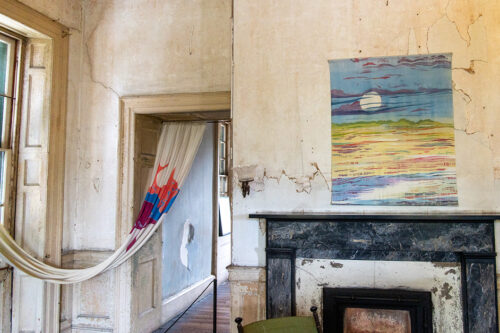 Poetry by Marjory Wentworth and J. Drew Lanham are powerful and presented in an equally powerful way. In the House Museum’s most poignant spaces, the poetry evoking the voices of the voiceless are placed; in the Enslaved Quarters, the Kitchen, the Laundry and the Serving Kitchen. 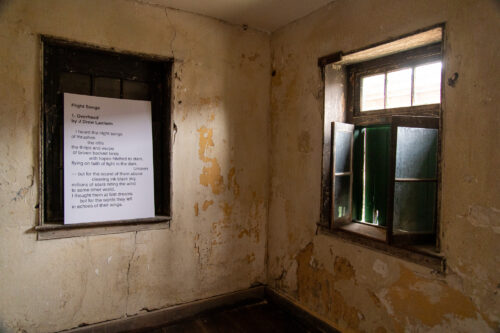 Poem by J Drew Lanham displayed in the Enslaved Quarters

Marjory Wentworth: New York Times bestselling author of Out of Wonder, Poems Celebrating Poets (with Kwame Alexander and Chris Colderley). Her books of poetry include Noticing Eden, Despite Gravity, The Endless Repetition of an Ordinary Miracle and New and Selected Poems. Her poems have been nominated for The Pushcart Prize six times She is also the co-writer of We Are Charleston, Tragedy and Triumph at Mother Emanuel, with Herb Frazier and Dr. Bernard Powers and Taking a Stand, The Evolution of Human Rights, with Juan E. Mendez.  She is co-editor with Kwame Dawes of Seeking, Poetry and Prose inspired by the Art of Jonathan Green, and the author of the prizewinning children’s story Shackles. Her poems have been nominated for the Pushcart Prize 7 times. Wentworth is the SC Director of Poetry in Precincts. She served as the poet laureate of South Carolina from 2003-2017. In 2020, she was named a National Coalition Against Censorship Free Speech is for Me Advocate. Wentworth teaches courses in writing, social justice, and banned books at The College of Charleston, where she is part of the Social Justice Working Group for the Center for the Study of Slavery and the Afghan Refugee Circle of Welcome.

J. Drew Lanham: Joseph Drew Lanham is an ornithologist, naturalist, writer, and poet combining conservation science with personal, historical, and cultural narratives of nature. Lanham’s research and teaching focuses on the impacts of forest management on birds and other wildlife. He brings this ecological knowledge as well as his perspective as a Black man living in the South to bear on his work as a storyteller, poet, and passionate advocate for bird-watching, outdoor recreation, and environmental conservation and stewardship. Drew Lanham is also the 2022 recipient of the MacArthur Fellowship Grant, otherwise known as the MacArthur “Genius” Grant. 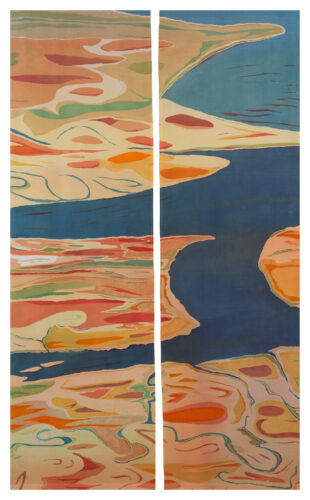