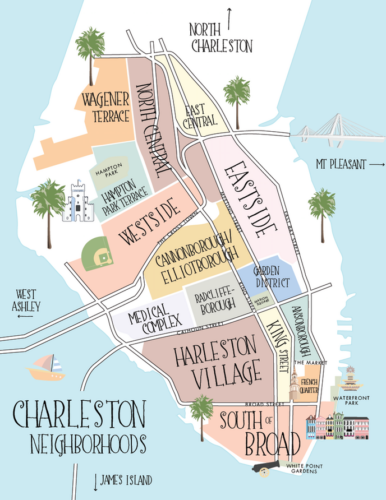 Join us for the Anson Street House and Garden Tour –  a street and neighborhood close to Historic Charleston Foundation’s mission and a big part of the Foundation’s history. Browse from one location to another at your leisure and enjoy the walk along the way. House and Garden locations will be listed in the Festival Program, available with each purchased ticket. Tickets on sale November 1.

It is rumored that young Capt. George Anson (for which George Street and Anson Street are currently named after) won the 64 acre tract of land in a single game of cards against Thomas Gadsden in 1724. For the next 20 years, Anson remained at sea – captaining one of his two ships, the Scarborough and the Squirrel – protecting the South Carolina and Georgiashorelines from pirates and looters. In 1745 he returned, and having netted over 300,000 English pounds in treasure, he laid his land out in streets and lots. The original Ansonborough was made up of the land between King, Calhoun and Anson Streets, along with a line that ran between Society and Wentworth Street.

In the great fire of 1838, almost all of the existing homes were destroyed. Just a few were spared as the fire swept through the southern portion of the original Ansonborough.  Only a few of the late 18th and 19th century homes remain in the area now called Ansonborough. The rest of today’s existing homes were built of Charleston brick in the mid 1800’s. Many of these homes were built with loans from the original Bank of South Carolina, when the “Act for Rebuilding the City of Charleston” was passed in 1838, after the fire.

Throughout the next century, Ansonborough fell into slum conditions and it was not until 1960 when the Historic Charleston Foundation began an extensive rehabilitation of the area. Upon the completion of the restoration, it became known on a national level as an outstanding example of neighborhood revitalization. During the course of the plan, which was completely financed by the Foundation, more than 100 homes were acquired and completely restored. The program then inspired many families to purchase dilapidated homes and bring them back to life. Now, this borough of downtown Charleston has become one of the most desirable neighborhoods in the city.