Plan Charleston: Charting a Course for the Next 20 Years

Historic Charleston Foundation is hosting an Advocacy Forum on May 19th at the Charleston Museum Auditorium to initiate dialogue focused on the development of the city’s new peninsula plan. The City of Charleston has committed funding in this year’s budget to rewrite the existing Downtown Plan, which was created in 1999. Since that time, significant demographic, environmental, and economic changes have occurred, and it’s time for a new vision for the peninsula. This public forum will feature a moderated panel discussion, including renowned experts in the areas of urban planning, real estate development, and public policy.

The goal of the forum is to engage provocative conversation on the most acute challenges to livability and quality of life in Charleston and to become inspired by best practices on complex topics, such as housing affordability, density, transportation, and diversified economic development. The new peninsula plan will inform planning priorities and decisions for the next 20 years, and HCF wishes to ensure that the community is fully focused and committed to this process. Our objective is to develop an updated vision that is responsive to new challenges and opportunities. With the city poised to start this project later this year, it is crucial to begin the discussion now.

Vince Graham is an inquisitive contrarian who suspects that if the majority agrees with him, he might be wrong.

He questions conventional government policy of the past century that produces costly and de-humanizing settlement patterns, what he calls “dist-urbanism.” Instead, using history as a guide, Vince has become an apostle for human-scaled urbanism. That is, for building and renovating neighborhoods towns and cities that enable one to work, rest, play and pray – essentially all everyday tasks – within a relatively short, comfortable and beautiful walk.

Vince’s place-making career spans more than 30 years in towns and cities across the southeast, including I’On, Morris Square, Mixson, Earl’s Court and Catfiddle Street in the Charleston area. A Georgia native, and graduate of the University of Virginia, Vince arrived in the Lowcountry two months before Hurricane Hugo. He makes his home in downtown Charleston.

Brent is responsible for strengthening relationships with the CRDA’s public and private stakeholders. He works closely in partnership with the President & CEO to cultivate and maintain relationships with both new and existing investors. Brent serves as a conduit between the CRDA and the region’s elected officials and their staffs, representing the CRDA during discussions relevant to the CRDA and our regional economic development mission. Brent also represents the CRDA at key local and statewide events, community meetings, and speaking engagements, and provides professional support to the Leadership Development Committee of the CRDA Board of Directors.

Brent has a diverse background that serves him well in his role, with over twenty years of public and private sector experience. During his career, Brent has served as the Director of the SC Board of Long Term Health Care Administrators, was a Budget Analyst on the staff of the SC House of Representatives Ways and Means Committee, held a position as Special Assistant to the President of Trident Technical College, and spent almost a decade as a Commercial Realtor®. Prior to joining the CRDA, Brent was working as a Consultant in the health insurance industry. Brent holds a degree in political science from Presbyterian College and a Master’s in Public Administration from the University of South Carolina.

Tim Keane was appointed Director of Planning and Development Services for the City of Boise, Idaho on March 9, 2022. This is his first endeavor in public service in the Mountain West. Previously Tim served as Commissioner of City Planning for the City of Atlanta, Georgia under three separate mayoral administrations from 2015 to 2022. In both Boise and Atlanta Tim has been responsible for design, permitting, zoning, preservation, housing, community development and transportation planning. Prior to Atlanta Tim was Director of Planning, Preservation and Sustainability for the City of Charleston, South Carolina for 11 years. Tim worked for Mayor Joseph P. Riley, Jr. on all matters related to planning, urban design, preservation, and economic development. Tim was also the first Planning Director for the Town of Davidson, North Carolina. He has a Bachelor’s degree in Planning and Master’s degree in Architecture from the University of North Carolina in Charlotte. Tim was a Knight Fellow at the University of Miami School of Architecture.

Michael Phillips is a Principal and the President of Jamestown. As President, Mr. Phillips oversees the development and execution of the company’s real estate projects globally. During his tenure, Jamestown has grown its portfolio of assets in key markets throughout the US and expanded its investment footprint to South America and Europe, more than tripling the firm’s assets under management. Mr. Phillips is the driving force behind the company’s adaptive reuse projects including Chelsea Market in New York City, Ponce City Market in Atlanta, Industry City in Brooklyn, and Ghirardelli Square in San Francisco. Mr. Phillips is nationally recognized for his creative leadership and ability to build unique, iconic urban centers. He attended the American University in London.

Special thanks to First Citizens Bank!

With the support of community partners like First Citizens Bank, the Foundation is able to bring programs like this, to the community, free of charge. 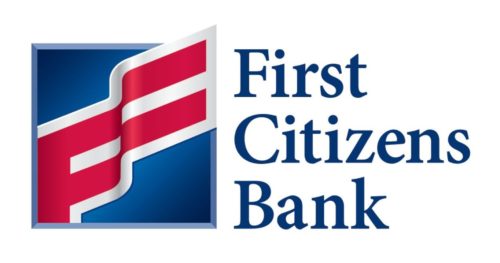 Forever Family – We’re one of America’s largest family-controlled banks, led for three generations by members of one family.  Our expertise as a financial partner translates into tailored financial management with experienced teams, tools and timely information.