This post is brought to you by Charter Day, an annual celebration of the founding of Historic Charleston Foundation during which we honor craftspeople who have kept alive Charleston’s tradition of excellence in the building trades and recognize those working for the long term preservation of important buildings and places. The Civic Services Committee Papers tells the fascinating story of a group of civic- and preservation-minded citizens who banded together to address the issues facing a growing city, including the need to protect its remarkable architecture, ultimately leading to the establishment of Historic Charleston Foundation, which continues the same mission today.

The Civic Services Committee (1942-1946) was the predecessor body to Historic Charleston Foundation, formed by the Carolina Art Association to address the need for architectural preservation and to implement city planning in response to growth. The Committee also addressed the conditions of civilian life in Charleston during World War II. Founding members included Robert N.S. Whitelaw, Samuel G. Stoney, E. Milby Burton, John Mead Howells, Homer M. Pace, Albert Simons, and Alice Ravenel Huger Smith. The CSC received grants from the Rockefeller Foundation and Carnegie Corporation, which were used to retain Frederick Law Olmsted, Jr. to prepare a study that resulted in his report “Objectives for the Civic Services Committee,” which outlined a series of recommendations including conducting a survey of Charleston’s architectural inventory and creating a permanent organization to address the needs of a growing city. Grant funding was then used to compile the inventory of the city’s architecture that resulted in the 1944 publication of the book This is Charleston, still widely used by preservationists, architects, and students. Soon after, the CSC invited conservationist and leading historic preservationist Kenneth Chorley to speak; during his lecture he emphasized the advantages of creating an independent organization to coordinate preservation activities.

The CSC also addressed and conducted studies related to growth issues such as off-street parking and traffic, and then became interested in the housing shortage caused by the influx of temporary workers for shipbuilding and other military activities during World War II.  A subcommittee, the Community Development Council, grew out of this interest and was formed to assist with planning for the needs of the growing wartime population and to determine future needs and solutions of post-war problems, one of which was housing. After the war, the efforts of the Civic Services Committee blossomed into the new and separately established Historic Charleston Foundation (April 25, 1947). 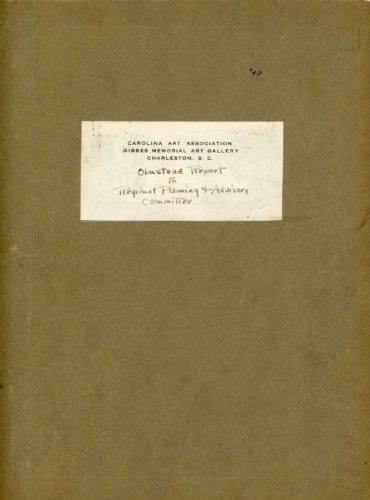 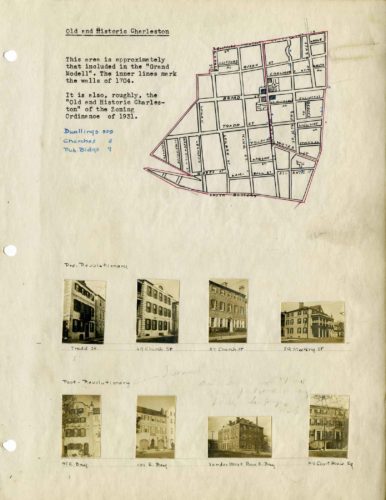 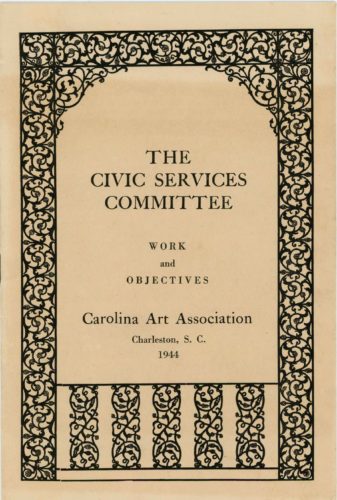 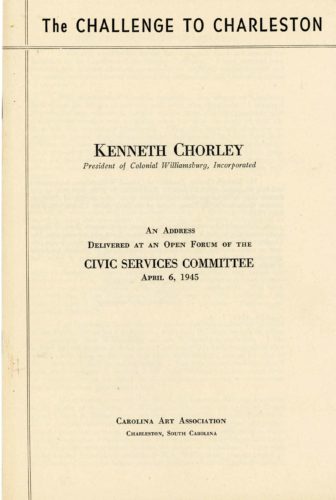 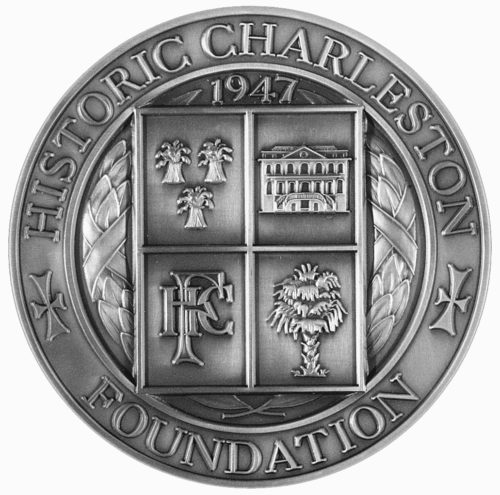