A Bold and Impactful Preservation Project: Charleston’s Historic Naval Base 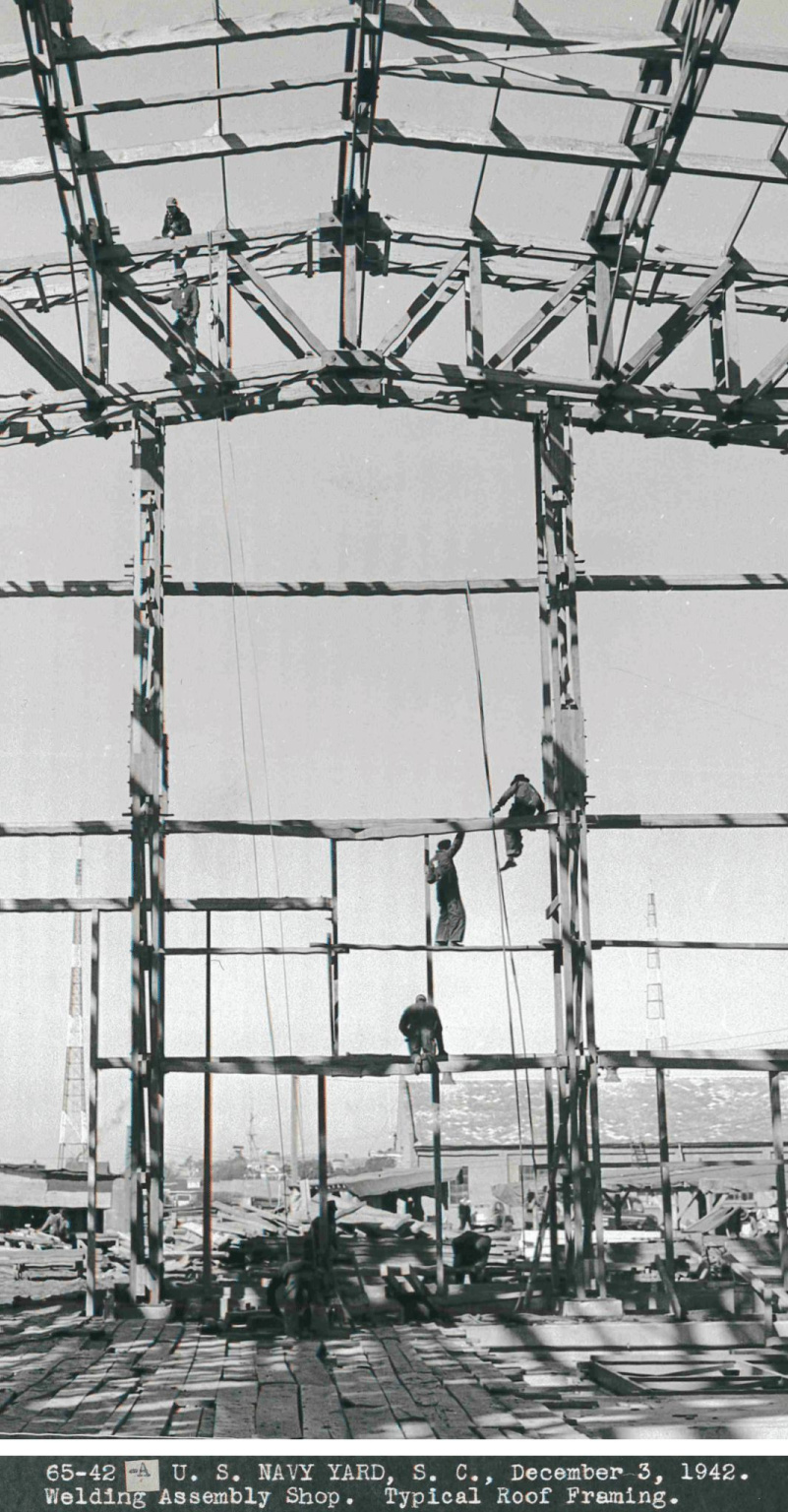 Historic Charleston Foundation (HCF) is proud to partner with Navy Yard Charleston (NYC) as it embarks on a multi-decade master redevelopment plan for the former Charleston Naval Base, located on the west bank of the Cooper River six miles north of downtown Charleston. Not only will this redevelopment project shine brightly as an example of adaptive reuse and design-forward placemaking, but the project will also honor the people and naval history that made the Base a focal point of the Lowcountry region for nearly a century.

The Navy Yard Charleston development team is committed to preserving the local character, architectural detail, and history of the Naval Base campus throughout all phases of the development. One of the development team’s first initiatives is an oral history documentation project to capture the diverse stories of the people who lived and worked at the former base throughout the 20th century. This oral history project, produced by our friends at Thesis Content (see teaser video here), will ultimately be archived at HCF. The oral histories will provide a snapshot into life on the Base from its beginning in 1901, during which time the Charleston region was still suffering from post-Civil War economic depression to its closure in 1996. As the Base expanded operations over the years, so did the Charleston economy and civilian employment opportunities. The Naval Base was a major force in boosting the Charleston economy and was vital to military operations during World Wars I and II, the Korean, Vietnam, and Cold Wars. The number of servicemen and women living and working on the base fluctuated between wars and with the needs of the Navy as did the number of civilians employed at the base. At its height in 1983 when the Naval Base was the third largest naval home port in the United States, the Base employed approximately 36,700 people, including Naval and civilian personnel, through its closure in 1996. Imagine the breadth of stories that can be told from the points of view of the men and women who were connected to the Base during world wars, economic booms and busts, and the growth of America’s military might.

HCF will also be documenting the process as the NYC team works through their master plan and begins the first phase of this amazing redevelopment. They will rehabilitate over time an array of significant buildings representing millions of square feet for mixed use that have been lying fallow since the base closed in 1996. There is no question that this bold project will be one of the most impactful preservation efforts in the Lowcountry, and we are thrilled to be a part of it. Keep a look out for upcoming progress on the documentaries and additional events in the fall!