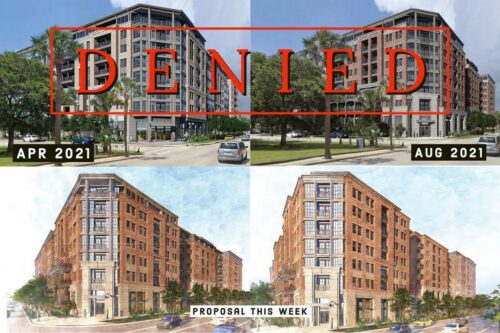 At the Board of Architectural Review Meeting on October 12, BOTH preservation groups, The Preservation Society of Charleston, and Historic Charleston Foundation stood together in opposition to the proposed development at 295 Calhoun Street.
The developers of 295 Calhoun Street came back before the Board of Architectural Review – Large (BAR-L) with not one, but two separate proposals for a large mixed-use building that is almost identical to the versions rejected by the Board last year.
For a third time, both preservation organizations were there to oppose these massive and out of character building proposals. In an unprecedented maneuver – that packs the agenda and monopolizes city resources – this development team is mounting a desperate attempt to bully its way to an approval. The developers know being denied by the BAR requires them to go back to the drawing board, but we hardly notice a difference between the proposals. 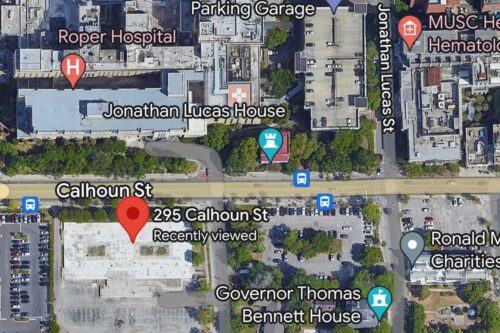 Residents, advocates, and the BAR have all clearly stated their positions that this design is wrong for Charleston and needs to be redone. This saga has dragged on for 18 months — the BAR needs to send another clear message that our city deserves better and won’t be taken advantage of by investors with no interest in building something meaningful for Charleston.

On October 12th the board was unable to reach a consensus over whether or not to defer or deny the application. The application was tabled until the November 9thBAR-L meeting where it will be presented again to the Board. We encourage all of our community partners and members of the public to stay engaged. Your comments matter!