Education has always been a key pillar of Historic Charleston Foundation’s work. As we enter our 75th year, our programs gain more importance in reflecting who we are and what we do as an organization, and the value we bring to the community through our mission. Your financial investment allows us to continue to find new ways to collaborate and teach and engage with a broad range of students, from adults to children.

Advocacy and preservation are at the heart of what we do every day.

It is through our constant efforts that we influence the shape of public policy throughout the Lowcountry. Preservation is not a “one and done” effort. It requires consistent focus and strategic thought. With your ongoing support, we are proud to bring together collaborators and outside experts to help us navigate the enormous pressure this region is under from development and environmental change.

Your support lets us dig deeper.

HCF’s museum houses continue to present new research and enriching educational opportunities through discoveries uncovered in our archaeology work and comparative field studies. Each artifact is a clue into the lives of the people who lived and worked there and leads to even more revelations about the people, the place, and the era. Your support helps us discover, chronicle, and share the stories as more is learned.

Consider supporting Historic Charleston Foundation with a tax-deductible gift. Your involvement and investment are what powers the Foundation’s impact. 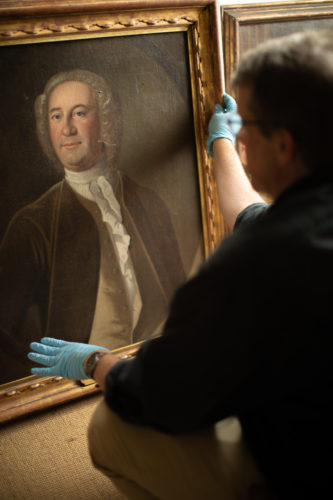