Many researchers have asked why there’s a watermark on the images that appear in HCF’s Online Catalog and “Name That Building” articles.

Watermarks are generally used to indicate the ownership of an image.  Additionally, they’re placed on HCF’s images to prevent unauthorized copying and use because the images may be protected by copyright.  It’s commonly thought that everything on the internet is there for the taking – a free “all you can eat buffet” of content and images. A watermark acts not only as a deterrent to unauthorized use, but also as a reminder to the prospective user to ask for permission to use the image.

Many of the photographs and other images in HCF’s Archives are under HCF’s copyright.  Others are the works of other creators, protected under their copyrights.  Since many works are unattributed and undated, it might not be possible to determine copyright status, so caution must be used.

This is not to say that images can’t be presented or otherwise used for research and other purposes that fall under fair-use guidelines, but since copyright laws must be respected, it’s simple…all you need to do is ask! 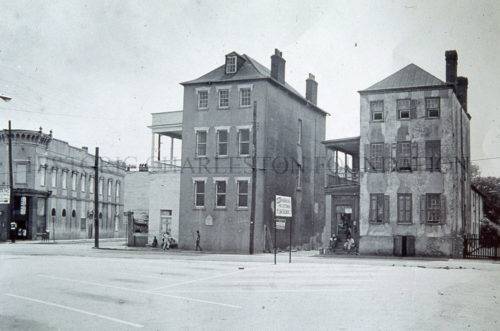