Featured is 130 East Bay Street. Constructed prior to 1865, it was a four-story building faced in brownstone with a mansard roof that was probably added at the turn of the century. Over the years, the building housed businesses including Lucas & Richardson Co. Printers, Merchants Fertilizer & Phosphate Co., and the SC State Employment Service, and served as apartments to provide living space for war workers in the city. Demolition began in 1970, despite the protests of preservationists, but wasn’t completed until 1972 due to structural issues with a neighboring building and the resulting legal proceedings. (HCF Archives property file.) 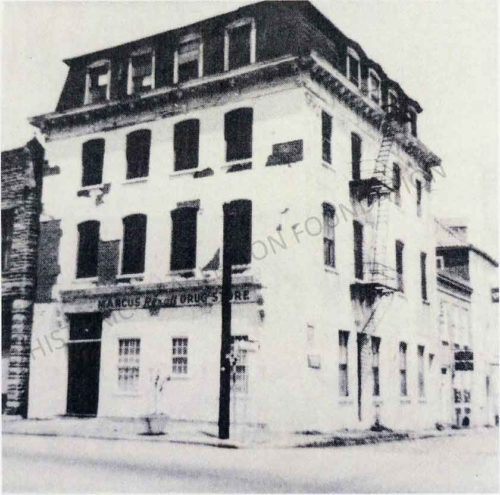