The People Behind The Preservation

The Samuel Gaillard Stoney Conservation Craftsmanship Award was created in 1995 to recognize craftspeople who have kept alive the tradition of excellence in the building and artistic trades for which Charleston has been renowned for centuries. In 2020, we are pleased to honor Jimmy Midgett with this award.

A third generation foundryman, Jimmy Midgett has worked around a foundry since he was six years old. His J&M Foundry was established after Midgett’s first semester at The Citadel. Using centuries-old techniques, he has cast thousands of notable architectural elements and furniture around Charleston, from water meter box covers to cast iron benches to the brass plaques around the Pineapple Fountain at Waterfront Park. Other notable pieces from J&M Foundry include round cast iron earthquake plates seen on the exterior of historic buildings around Charleston, decorative manhole covers, the upper gallery railings in Charleston’s City Hall, and the iron staircase in the Gibbes Museum, which replicates the original that was removed in 1977. 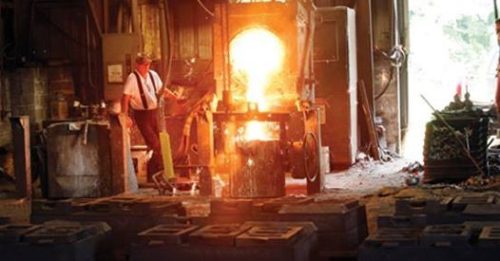 Acclaimed craftsman Jimmy Midgett at work in his J&M Foundry

Midgett’s skills are now second nature to him – as they were to his predecessors. He is currently training the next generation of craftsmen, including his grandson Bradley Tylee, at his shop. Despite the heat, dirt and hard work, there is no other place Midgett would rather be. Midgett tells his grandson that his success comes not only from hard work and dedication, the most important traits someone can have, but “salvation and timing” as well.  Without them, Midgett says, he would not be where he is today.