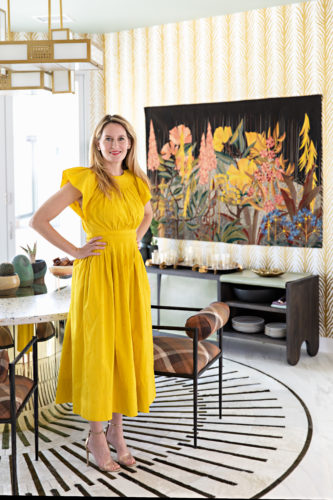 Celerie Kemble’s priority is always to express the personality and sentiment of her clients through gracious interiors.

Known for her professional versatility in terms of budget, location, and style, she is full of clever solutions that deliver a mix of pragmatism and beauty. Kemble is never one to dismiss nuance or drama and seamlessly engages both forces to create dynamic and comfortable rooms. Over the past twenty-two years, her work has included homes and commercial spaces across the United States and the Caribbean, many of which have been featured in Architectural Digest, House Beautiful, Veranda, Elle Decor, Traditional Home, Luxe, Florida Design, Better Homes and Gardens, Country Living, The Wallstreet Journal, the New York Times, and more.

Celerie is the author of Island Whimsy which published with Rizzoli in March 2021. She has also published To Your Taste and Black & White (and a Bit in Between) with Clarkson Potter. She has been included in Architectural Digest’s AD100, House and Garden’s 50 New Tastemakers, House Beautiful’ s Top Designers, Elle Décor’s A-List Designers, Luxe’s Gold List, and more.

Her licensed product lines include fabrics, trims and wallpaper for Schumacher, lighting and occasional furniture with Arteriors, outdoor furniture with Lane Venture, decorative accessories and bar furniture with Maitland-Smith, decorative wood flooring with Mirth, drapery hardware with Classical Elements, tufted, broadloom, and natural fiber rugs with Merida, and mirrors with Mirror Image. All of which aim to supply designs that delight and deliver the utility she believes must always be present in any item bought for the home. 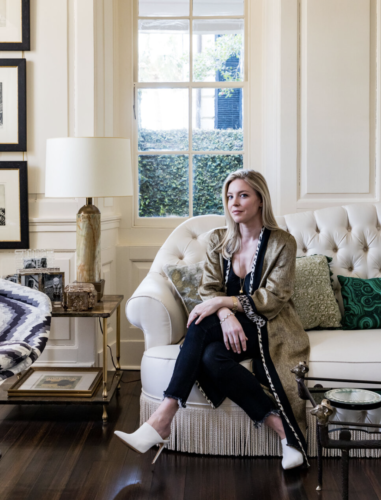 A native New Yorker, Ceara grew up in and around considered, layered, and well-loved family homes from the Berkshires to the South Carolina Lowcountry, and the magic of those places, inside and out, seeped into her psyche from an early age. Even while pursuing more academic interests at Yale and Yale Law School, interior design—and later, the idea of home—exerted a magnetic pull on Ceara. That pull ultimately led her to the project that served as classroom, laboratory, and launch point for her design career: the multi-year renovation and decoration of her own home, a c. 1740 Charleston single house, which was featured in the May/June 2021 issue of Veranda.

Today, Ceara works from a studio a stone’s throw from that formative first project, creating homes for clients who trust her to create sanctuaries and surroundings that are individual, bespoke, and finely tuned. Her eye for detail, character, and craftsmanship is the common thread through a diverse portfolio of projects in Charleston and beyond. While she revels in transforming spaces through decoration, Ceara’s preferred point of entry is at the outset of a renovation, where her talent for envisioning the way a home should live, both practically and atmospherically, is best deployed.

As committed to the natural world as she is to the built environment, Ceara devotes much of her time to continuing her family’s commitment to land conservation and environmental stewardship. She is the chair of the board of the South Carolina Coastal Conservation League, and vice chair of the Illinois-based Center for Humans and Nature. Ceara lives in downtown Charleston with her two children and five animals, but can be frequently found in her hometown of New York City. 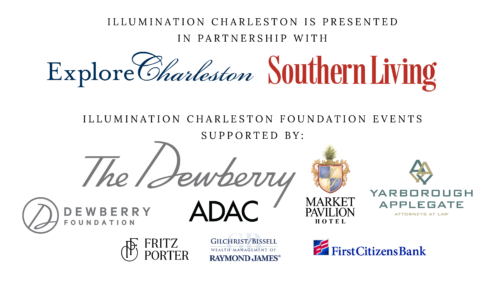