Architectural Merit: Is Charleston Getting the High Quality Building Designs Our City Deserves? 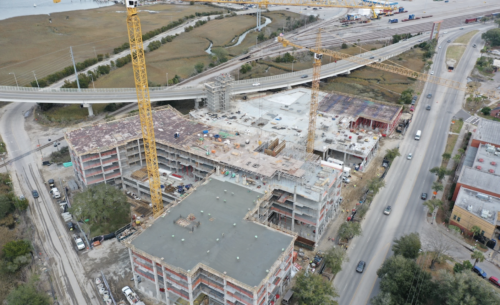 provision that allows developers to seek an additional building story if they achieve “architectural merit.” Architectural merit was a vague concept adopted in 2017 to incentivize developers to produce exceptional designs using the highest quality materials and to make meaningful contributions to the public realm. In practice, it has not achieved the high-quality projects that Charleston deserves. We hear this from the community on a regular basis, those who are exhausted by large-scale, architecturally non-descript buildings wrapping parking garages that just seem to get taller every year. 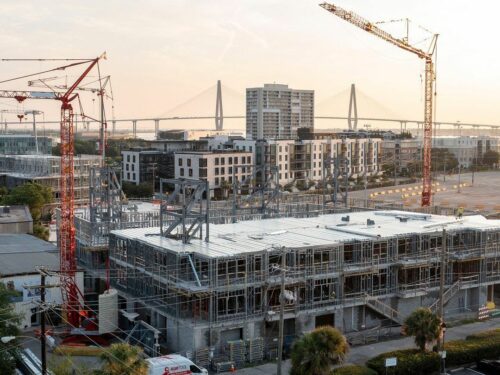 Last year, HCF conducted a survey of BAR applications requesting architectural merit. We found that since 2017, 13 properties had applied for architectural merit, and 11 had received the bonus floor. The two that were denied are still working through the BAR process and still seeking the additional height. Given that the vast majority of projects gain the additional story, architectural merit has come to be viewed as an entitlement by-right in the development community. Certainly, this was not the intent when architectural merit was envisioned, and HCF would argue this idea has become a failed experiment.

In practice, architectural merit has been a nebulous concept that:

The ordinance pending City Council would remove all options for additional height based on architectural merit, continues to allow rezoning for additional height but adds additional criteria for these height increases, and includes a provision for allowing affordable housing projects (50% units or more) to rezone up to two height districts. There is a place for large-scale buildings in Charleston. Density in certain parts of the peninsula and the creation of sorely needed housing can still be achieved without this architectural merit provision.   HCF feels strongly that this ordinance proposes sensible changes and much-needed clarity, while importantly incentivizing the creation of new affordable housing. We expect Council to consider the ordinance at their next meeting on October 13, and we encourage you to email your City Council member and ask for their support.

One response to “Architectural Merit: Is Charleston Getting the High Quality Building Designs Our City Deserves?”